Over 120 years ago, John Henderson set up a stall selling locally produced and churned butter, locally laid eggs and local cheese. John Henderson was a well-known figure and frequently was a judge of cheese and butter at the annual Balmoral Show.

From this, a successful wholesale business followed, primarily selling out of St George’s Market, which of course has its own impressive heritage and is still thriving in 2018. Some years later, in 1923, the business was incorporated as a limited company.

William expanded the business and the range of products it sold. The business grew and required a further expansion of the premises at St Georges Market and a few years later Henderson’s took on an additional warehouse at Dawson Street, off the Antrim Road.

A key development however, was the acquisition of Andrew Millar & Company in 1956. They occupied a 50,000 sq ft warehouse at Ravenhill Avenue, Belfast.

Andrew Millar was a very old established jam manufacturing business formed in 1873, Millar jam had been a market leading product in the Province. Mass produced jam post war from the big companies meant that it was difficult to compete with the national companies and the jam production was ended after two or three years.

William Agnew had a son John and two daughters Margaret and Dorothy. John Agnew would join the firm in 1957 after he had been sent to South Wales as part of his management training from 1955 to 1957 at Capper & Co (Newport) Ltd.

William Agnew continued to run the company, with his son, John Agnew joining in 1957.

John Agnew has since handed over control of the company to his sons, Geoffrey and Martin who continue as co-chairmen.

Hendersons began in the retail grocery business selling butter, cheese, and eggs at premises in the Old Lodge Road in Belfast. 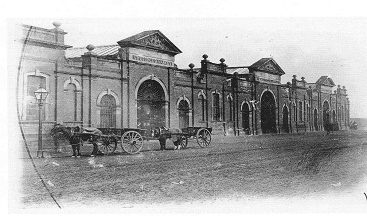 In 1923 the business was incorporated as a limited company

Marriage of William and Margaret

In 1929 William Agnew married Margaret the daughter of John and Maggie Henderson.

William Agnew joined the company as a salesman taking a controlling interest when John Henderson retired in 1943.

John Henderson, founder of the company died at the age of 82.

William Agnew had a son John and two daughters Margaret and Dorothy. John Agnew joined the firm in 1957.

The Henderson Group were granted the licence to operate SPAR in Northern Ireland. 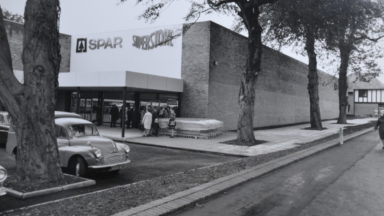 The EUROSPAR brand was introduced in Northern Ireland with two stores in Bangor and Warrenpoint.

The ViVO store network expands with the creation of the ViVO Essentials brand.

The first stage of the Henderson Group's £30m redevelopment, a £12.5m ambient warehouse is officially opened.